You are here: Home / English Grammar / 30 Ways To Say “BUT” In English

In English, there are many ways to express the same idea using different words or phrases. For example, instead of saying “but,” you could use words like “however,” “nevertheless,” or “on the other hand” to indicate that what you are about to say is in contrast to something previously stated. 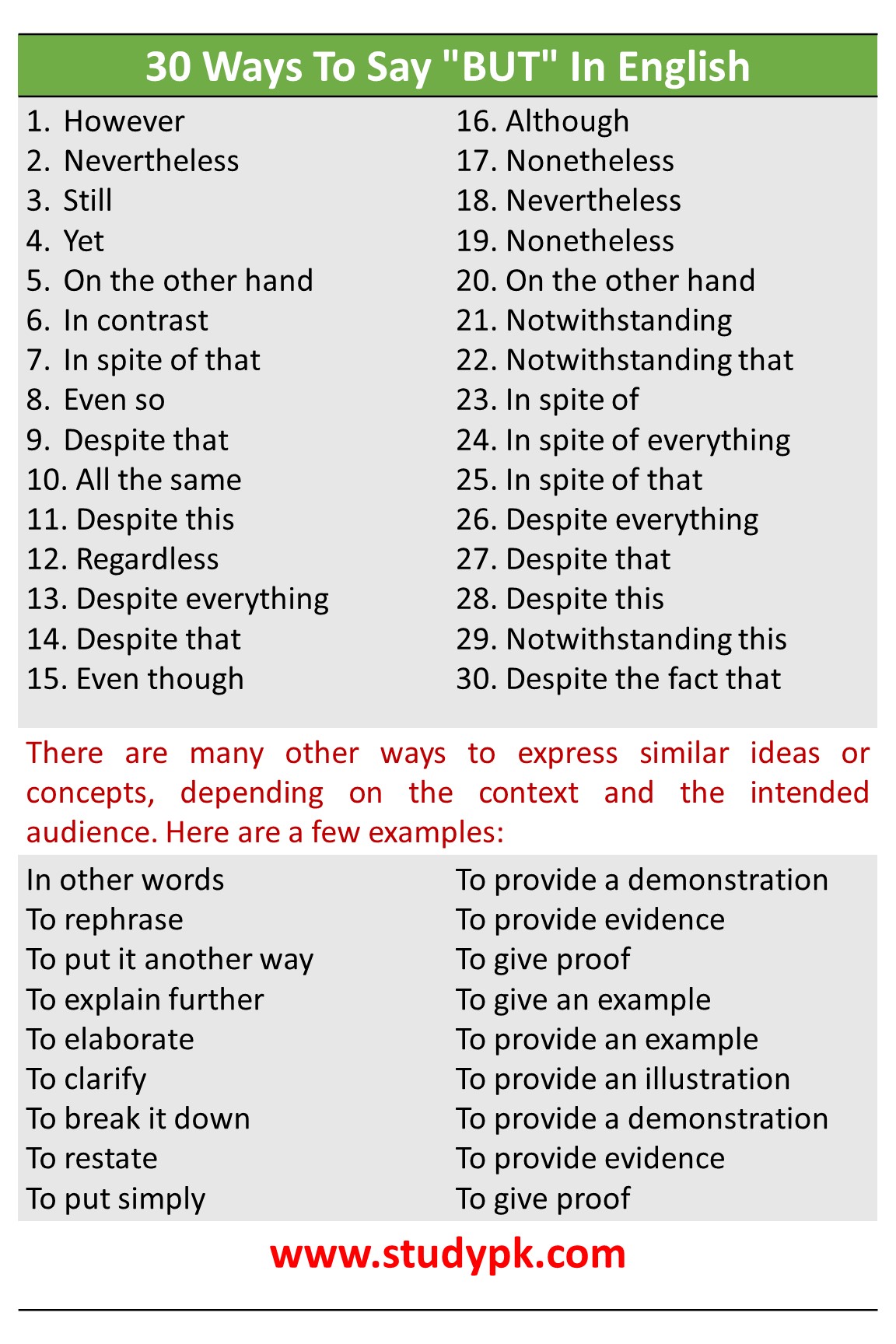