In a worldwide first, brain surgeon Dr. Bon Verweij of the University Medical Center (UMC) Utrecht successfully replaced the complete skull of a 22-year-old woman with a 3D-printed, tailor-made plastic skull in a surgical procedure that lasted 23 hours. 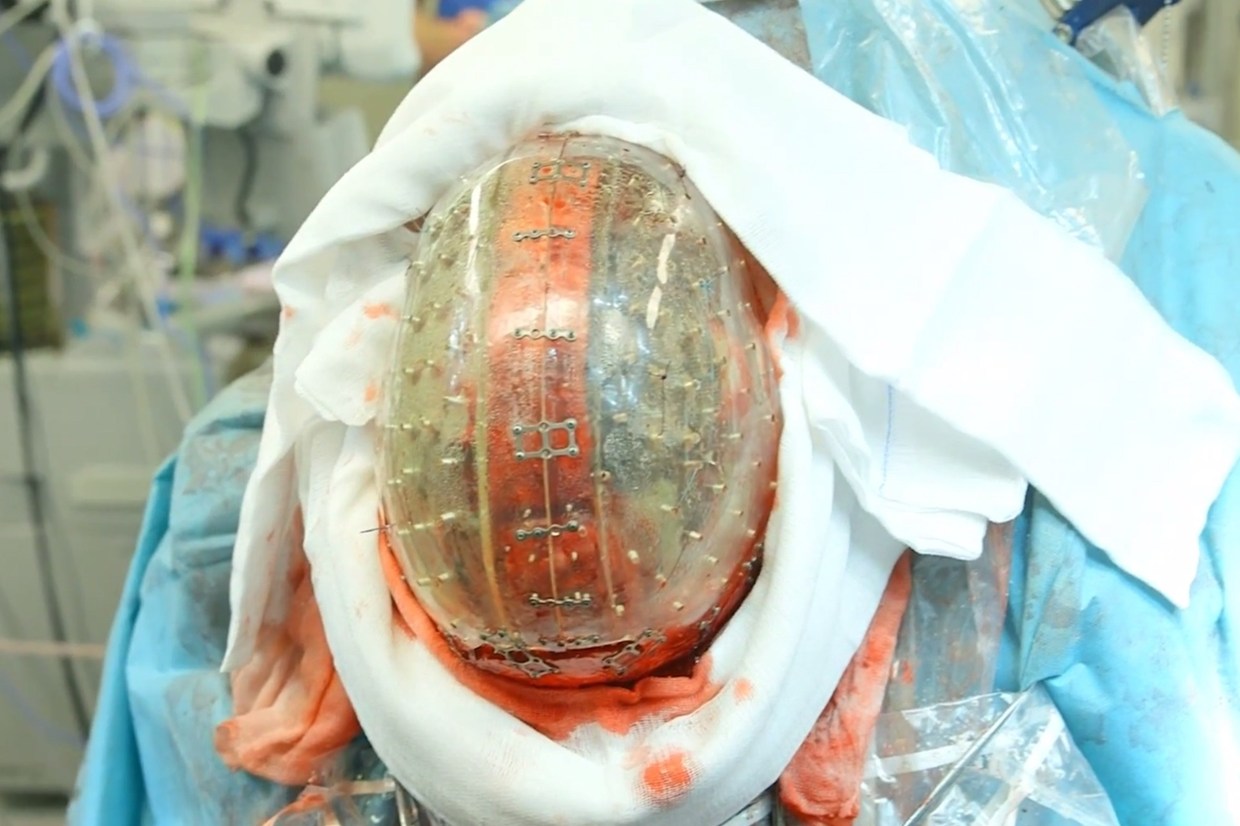 The patient who received the new skull suffers from a condition that thickens the bone structure, particularly that of the skull. “The condition initially manifests itself in severe headaches,” Verweij explains. “The thickening of the skull puts the brain under increasing pressure. Ultimately, she slowly lost her vision and started to suffer from motor coordination impairment. It was only a matter of time before other essential brain functions would have been impaired and she would have died. So intensive surgery was inevitable, but until now there was no effective treatment for such patients.” Verweij performed the operation together with orthodontic surgeon Dr. Marvick Muradin.

Plastic skull
Before introducing this clinical application, Verweij gained extensive experience with reconstructions and the 3D printing of partial skull implants. In certain cases, for example when the brain swells up after an accident, often part of the skull is temporarily removed to reduce the pressure on the brain. The removed part is later reintroduced or replaced by an implant. “We used to create an implant by hand in the operating theater using a kind of cement, but those implants did not have a very good fit,” says Verweij. “Now we can use 3D printing to ensure that these components are an exact fit. This has major advantages, not only cosmetically but also because patients often have better brain function compared with the old method.” Together with an Australian company, Anatomics, specialized in 3D printing, Verweij used the acquired knowledge and experience to replace an entire skull.

Additional applications
UMC Utrecht is now able to help other patients with such conditions as well. This technique can also be used for patients with other bone deformities, to reconstruct skull that have been severely damaged in an accident, or due to tumors.

All went well. Verweij: “It’s now three months after the operation. The patient has fully regained her vision, she has no more complaints, she’s gone back to work and there are almost no traces that she had any surgery at all.”