You are here: Home / Articles / Timing of Suture Removel and Removing Procedure

Different parts of the body require suture removal at varying times. Common periods of time for removal are as follows, but times vary according to the health care professionals that perform the procedure: 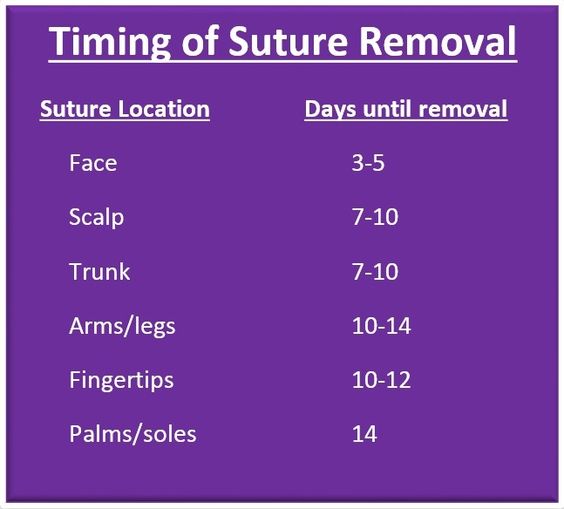 The wound is cleaned with an antiseptic to remove encrusted blood and loosened scar tissue.
Sterile forceps (tongs or pincers) are used to pick up the knot of each suture, and then surgical scissors or a small knife blade is used to cut the suture. Forceps are used to remove the loosened suture and pull the thread from the skin.

These relatively painless steps are continued until the sutures have all been removed. You may feel a tug or slight pull as a stitch is removed.
The wound is cleansed again.
Adhesive strips are often placed over the wound to allow the wound to continue strengthening.