As of May 2016, the average Surgical Technologist brought home just shy of $43,350 a year, according to the Bureau of Labor Statistics. But earnings vary greatly by location, as employers must offer higher wages in certain areas of the country to attract qualified candidates. On average, the highest wages paid in Surgical Technologist were in Nevada, District of Columbia,California , Hawaii and Connecticut .
Salary: $43,350 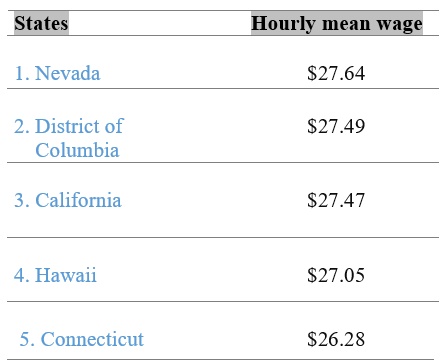