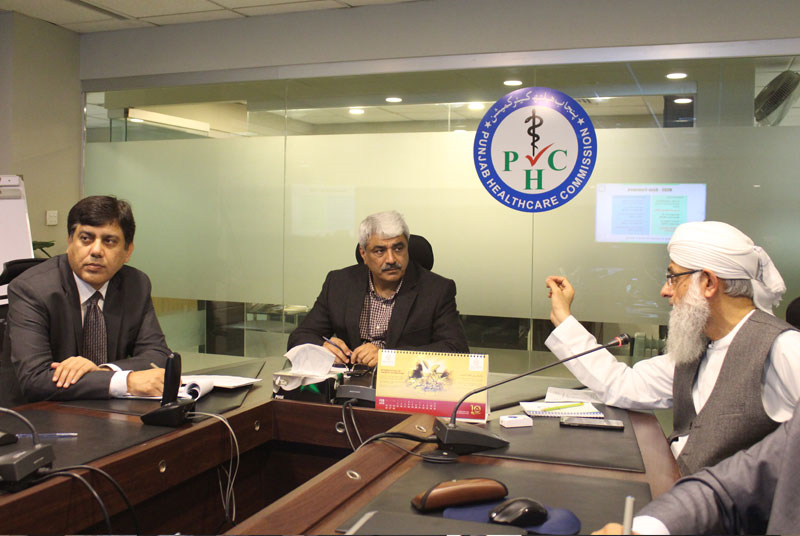 As a means of enforcing the unsupported standards that fill his slush fund, Prof Dr Tariq Iqbal ordered a surprise inspection of The Healthcare Commission offices by The board of commissioners. “If we can’t inspect ourselves, how can we expect to inspect others? That’s been my motto since last Sunday and I felt like we needed to walk that walk. We’ve been cited by ourselves before and I needed to know that we had improved.”

Unlike typical “surprise” surveys by The PHC where hospitals are given weeks of notice to allow them to completely change how they do everything, the surprise inspection of The Healthcare Commission offices was performed with a 30 minute notice.

There were 427 Major Findings and 319 Minor Findings with the survey team recommending a complete overhaul of PHC leadership. Among the findings were; opened beverage containers at work stations, no system for logging bathroom breaks, mobile computers almost close to being in traffic areas, items on windowsills, failure to conduct adequate 87 step time-outs prior to meetings, employees with only 1 identifier walking around unescorted, employees noted not washing their hands when moving between paperwork stacks, inadequate turnover with the overnight custodial crew, numerous unlabeled beverages in containers around the coffee maker, expired condiments in the breakroom, unlabeled items in the break room fridge, using pens multiple times instead of disposing them after each use, and numerous staff with expired fishing licenses.

As a result of the findings, The Punjab Healthcare Commission fined itself ₨3.5 million rupee. Dr. Tariq Iqbal has announced that to help pay the fine, he will contribute 1/3rdof his ₨1.5million annual salary. “I guess I’m technically responsible for all of these assholes so I feel somewhat responsible. Hopefully my annual bonus of 35% of repeat survey collections will bridge the gap. It would be a shame if I couldn’t go back to the Lake Saiful Muluk for Christmas again.”