Imagine losing control of your car and waking up in the hospital paralyzed from the neck down. This is the story of Kristopher Boesen, who experienced a life-changing moment where his car spiraled out of control on a slippy road surface, slamming into a tree and lamp post. Doctors warned Kris’s parents that he might never be able to function from the neck down again. 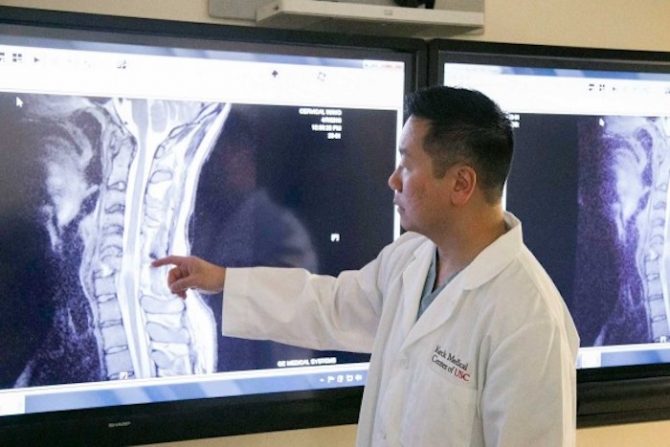 Kris was offered the opportunity to go through a potentially life-changing procedure involving stem cells, which ‘have the capability to repair injured nervous tissue through replacement of damaged cells‘. The experimental procedure did not guarantee any restoration to Kris’s paralysis, but to him, the risk was worth taking.

The process began in April where Dr. Liu injected 10 million AST-OPC1 cells directly into Kris’ cervical spinal cord. (AST-OPC1 cells come from donated eggs that are fertilized in vitro (ie. in a petri dish). Dr. Liu explains that; “Typically, spinal cord injury patients undergo surgery that stabilizes the spine but does very little to restore motor or sensory function. With this study, we are testing procedure that may improve neurological function, which could mean the difference between being permanently paralyzed and being able to use one’s arms and hands. Restoring that level of function could significantly improve the daily lives of patients with severe spinal injuries.”

After a mere 3 weeks of therapy, Kris started showing signs of improvement, and within 2 months he could answer the phone, write his name and operate a wheelchair. He had regained significant improvement in his motor functions; which are the transmissions of messages from the brain to muscle groups to create movement.

Kris recovered two spinal chord levels which made a huge difference in his movement abilities. It was the difference between minimal movement or none at all and being able to function on his own. Kris regained the incredibly important aspect of independence.

After seeing the results of stem cell therapy, Kris was bowled over, saying; “All I’ve wanted from the beginning was a fighting chance…But if there’s an opportunity for me to walk again, then heck yeah! I want to do anything possible to do that.” 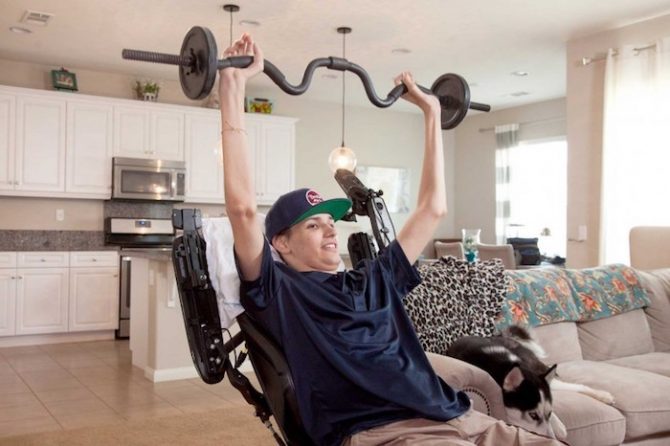 Although doctors are not able to make any promises that Kris’s condition will further improve, they can keep experimenting with stem cell research to try and improve the likelihood of it working fully on paralysis.

So far, they have made huge steps forward and will hopefully continue to do so in their quest to solve paralysis, by teaming up with ‘associate faculty based in departments across KSOM and the University to study stem cell-driven new medicine‘, Dr. Liu and his team at USC are determined to keep researching stem cells and much more!

Stem cell research is ongoing and can be used in many ways other than paralysis; from Parkinson’s and diabetes to cancer.