The study of human personality or ‘character’ dates back at least to antiquity. In his Characters, Tyrtamus (371–287 BC)—nicknamed ‘Theophrastus’ or ‘divinely speaking’ by his contemporary Aristotle—divided the people of the Athens of the fourth century BC into 30 different personality types. The Characters exerted a strong influence on subsequent studies of human personality such as those of Thomas Overbury (1581–1613) in England and Jean de la Bruyère (1645–1696) in France.

As medical students on psych rotations we are taught how to look for signs and symptoms of personality disorders. But, sometimes, the clearest signs are manifested in our own behavior 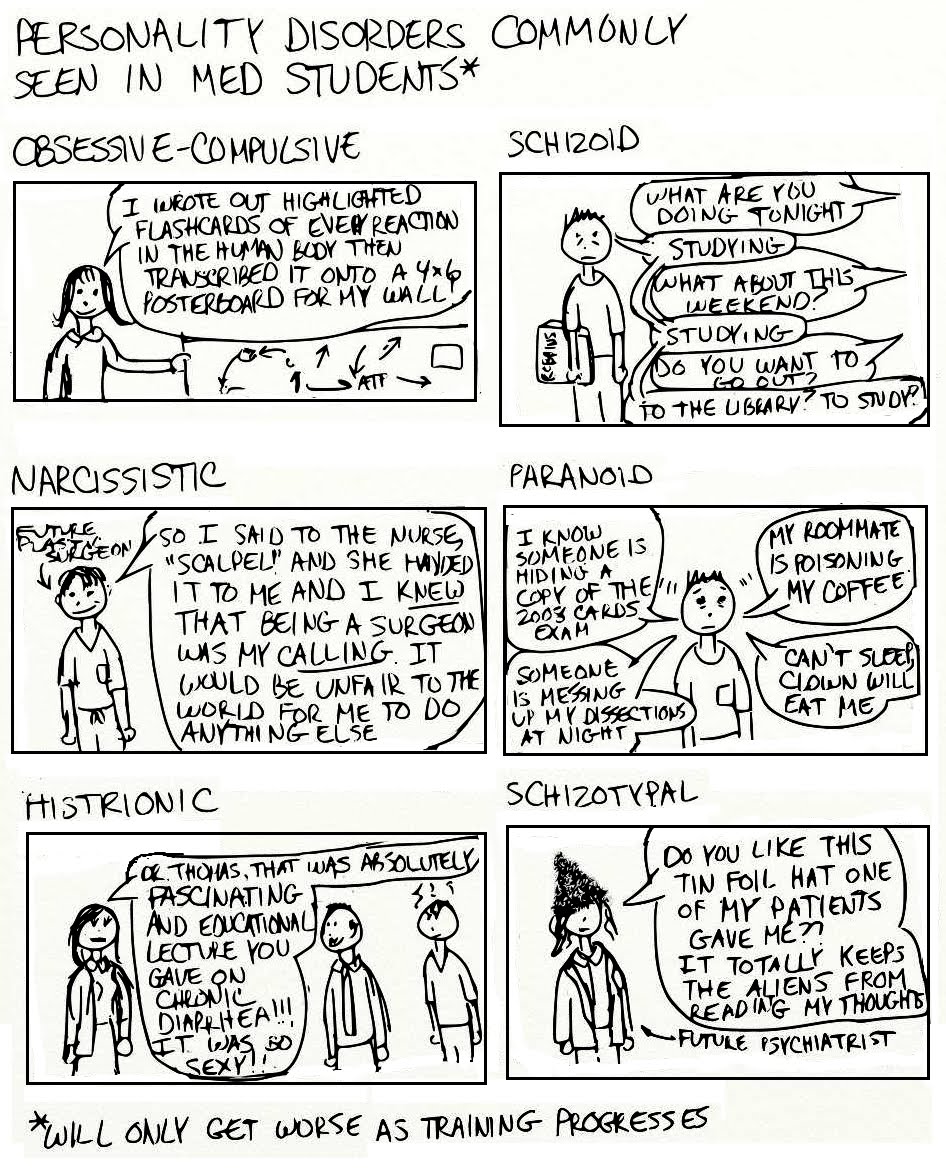